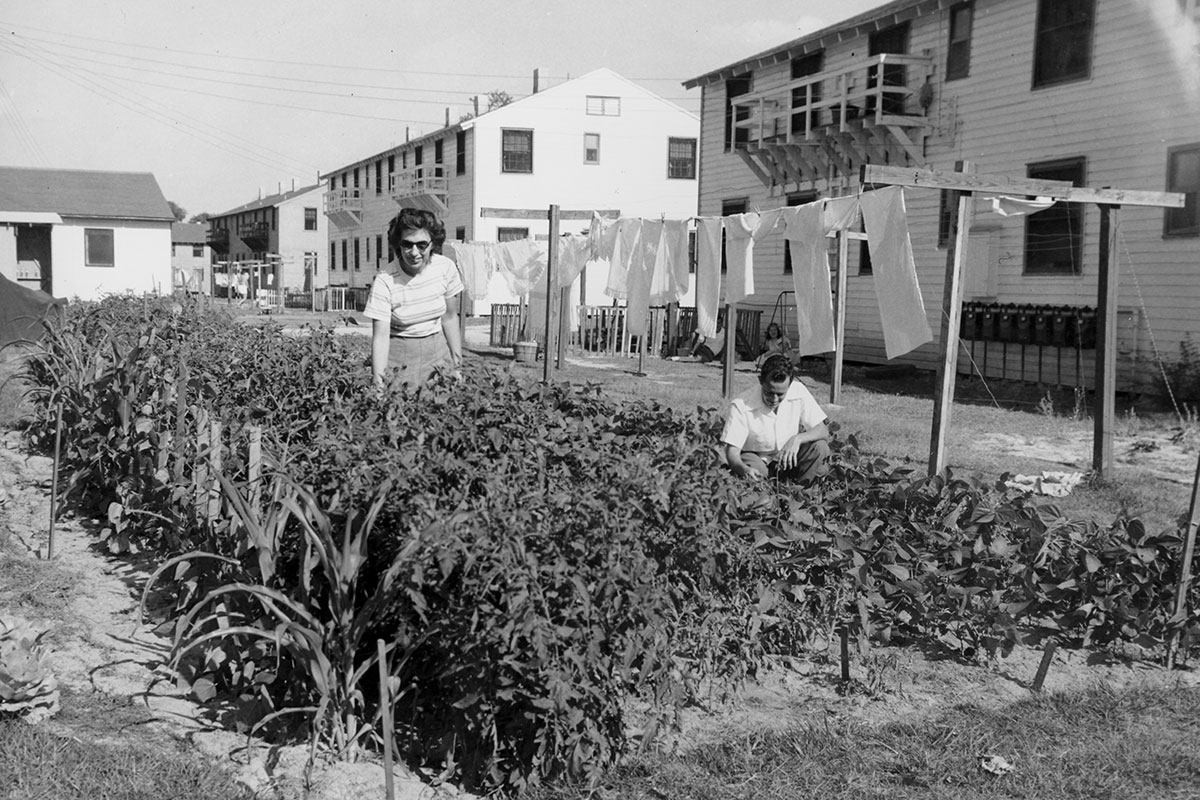 Known as the GI Bill, the Servicemen’s Readjustment Act of 1944 provided funding for veterans to attend college. Thousands flocked to UF, many bringing spouses and children with them. By 1946, veterans made up nearly two-thirds of the student body.

With housing options limited, the university purchased surplus military buildings to serve as a temporary solution. Between 1945 and 1949, three Florida Veterans Villages, or Flavets, were created.  The prefabricated wooden buildings provided basic accommodations for each family that included a living room, bedroom, kitchen and bathroom.

Eventually, the Flavets were opened to all married students. Flavet I and II remained in use nearly 20 years, while Flavet III, located on this site, remained until 1974.