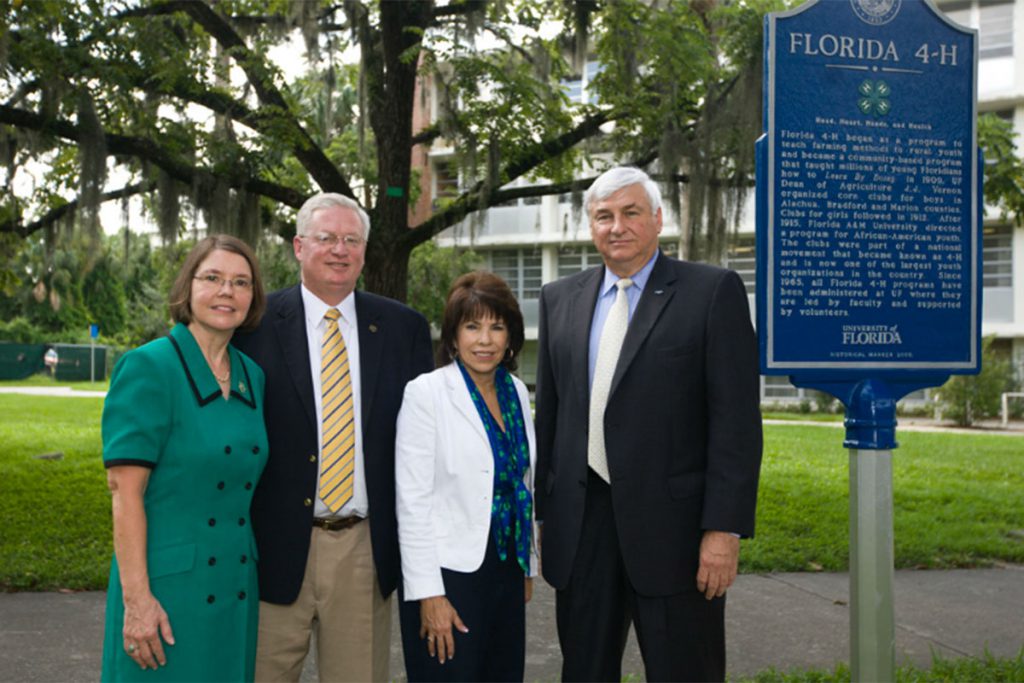 Florida 4-H began as a program to teach farming methods to rural youth and became a community-based program that taught millions of young Floridians how to Learn By Doing.

In 1909, UF Dean of Agriculture J.J. Vernon organized corn clubs for boys in Alachua, Bradford and Marion counties. Clubs for girls followed in 1912. After 1915, Florida A & M University directed a program for African-American youth. The clubs were part of a national movement that became known as 4-H and is now one of the largest youth organizations in the country.

Since 1965, all Florida 4-H programs have been administered at UF where they are led by faculty and supported by volunteers.