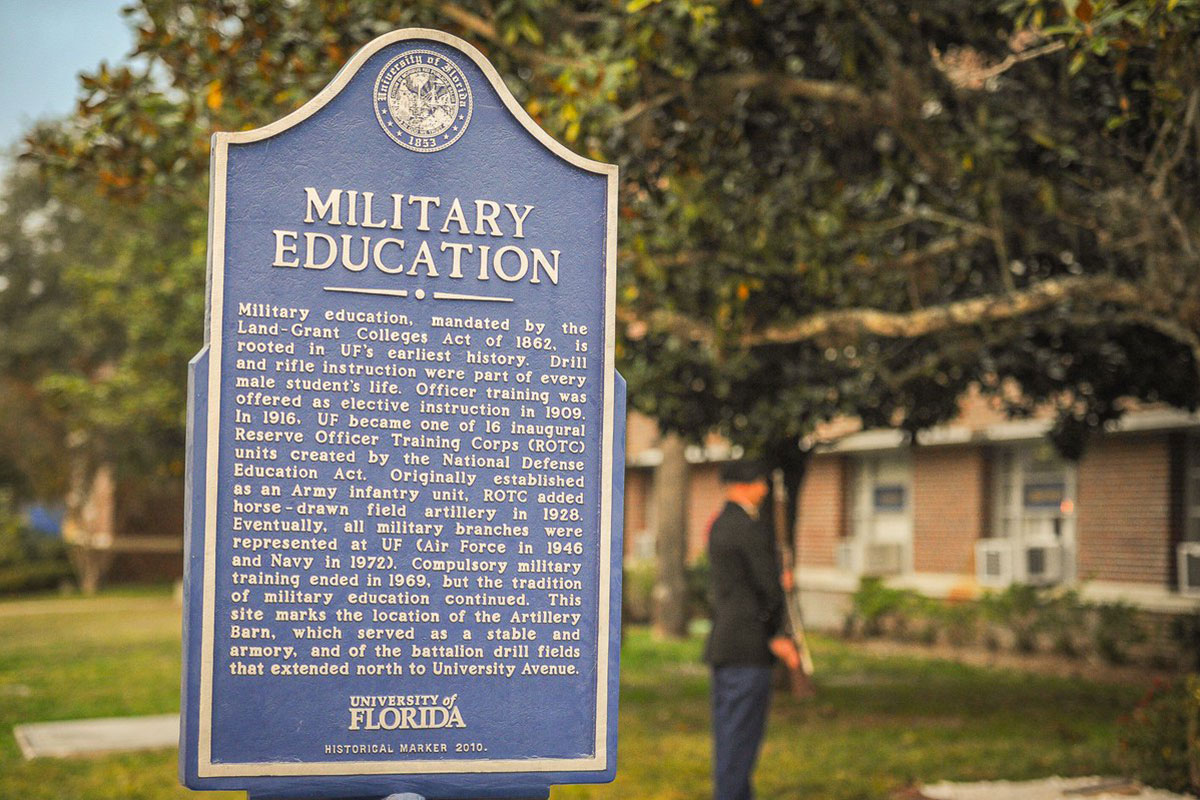 Military education, mandated by the Land-Grant Colleges Act of 1862, is rooted in UF’s earliest history.   Drill and rifle instruction were part of every male student’s life. Officer training was offered as elective instruction in 1909.

Eventually, all military branches were represented at UF (Air Force in 1946 and Navy in 1972). Compulsory military training ended in 1969, but the tradition of military education continued. This site marks the location of the Artillery Barn, which served as a stable and armory, and of the battalion drill fields that extended north to University Avenue.