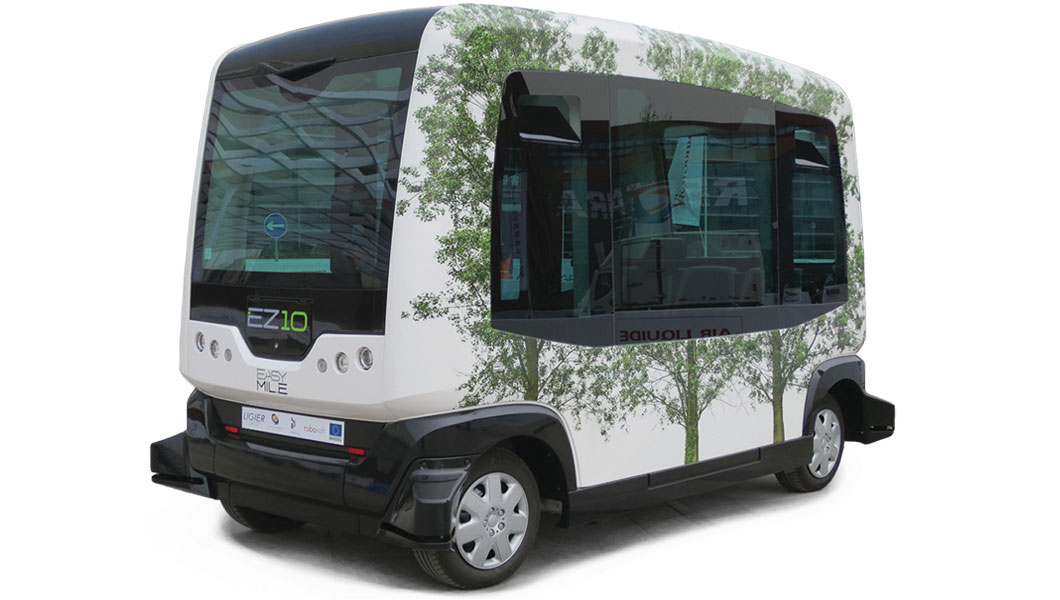 Florida and the University of Florida are leaders in driverless vehicle research, and UF Transportation Institute Director Lily Elefteriadou says there’s no better place than Gainesville for that work.

“In Gainesville, we have so much variety in transportation — cars, buses, pedestrians, bicycles — and we have relatively low speeds,” Elefteriadou says. “That makes it a little easier to do testing.”

The institute’s latest initiative is I-STREET, a real-world testbed for emerging transportation technologies, such as autonomous vehicles. I-STREET will deploy almost 200 sensors in locations around the UF campus and Gainesville and will collect a variety of information from the sensors. The goal is to optimize the infrastructure for operating both conventional and autonomous vehicles together on city streets, alongside pedestrians, bicyclists and scooters.

One part of the project is the Gainesville Trapezium, which uses sensors, called roadside units, installed along four corridors that form a trapezium surrounding the UF campus. Another part of the project is a stretch of I-75 from Wildwood to High Springs, which will have roadside units each mile. Experiments also have already taken place on Florida’s freeways on truck platooning, which uses truck-to-truck communication to maintain distance between trucks, allowing for better traffic movement and fuel savings.

A demonstration project includes testing movements through 13 signalized intersections and seven mid-block crossings on the UF campus. One of the first “intelligent” intersections will be Gale Lemerand Drive and Stadium Road, which will be outfitted with sensors and cameras. The idea is to collect information and figure out how best to disseminate it in real time to keep traffic moving and safe.

“Bus drivers or private vehicle drivers could get warnings, ‘Watch it, there is a pedestrian on your right side,’” Elefteriadou says. “Another possibility is that a pedestrian could have an app on their phone that would locate them and send a signal to the infrastructure, such as the signal controller at the intersection, and the intersection could communicate that to a vehicle or bus driver.”

Part of the research will be determining the best way to communicate information to drivers to avoid distractions.

Long-range, Elefteriadou says, communications should happen among all modes of transportation on city streets and at intersections. Vehicles and the infrastructure need to communicate with each other, and vehicle-to-vehicle communication matters, too. Pedestrians, bicyclists and scooters would be able to transmit information about their locations and speeds and receive information about the traffic around them.

That transportation ecosystem will include a driverless shuttle by August, following a test run in May.

The unassuming little shuttle — seating 12 and traveling at up to 25 miles per hour for about a mile with a safety driver on board — is likely the first real-world test of a driverless shuttle traversing city streets alongside human-driven vehicles, Elefteriadou says. Other driverless shuttles exist, but on more lightly traveled streets and in closed-track systems.

The shuttle eventually will travel from campus to Depot Park.

“The internet of things is very much a part of this,” Elefteriadou says. “Electric vehicles, autonomous vehicles, connected vehicles, and enhancements in sensors of all kinds, these things allow us to connect and gather a significant amount of information.”