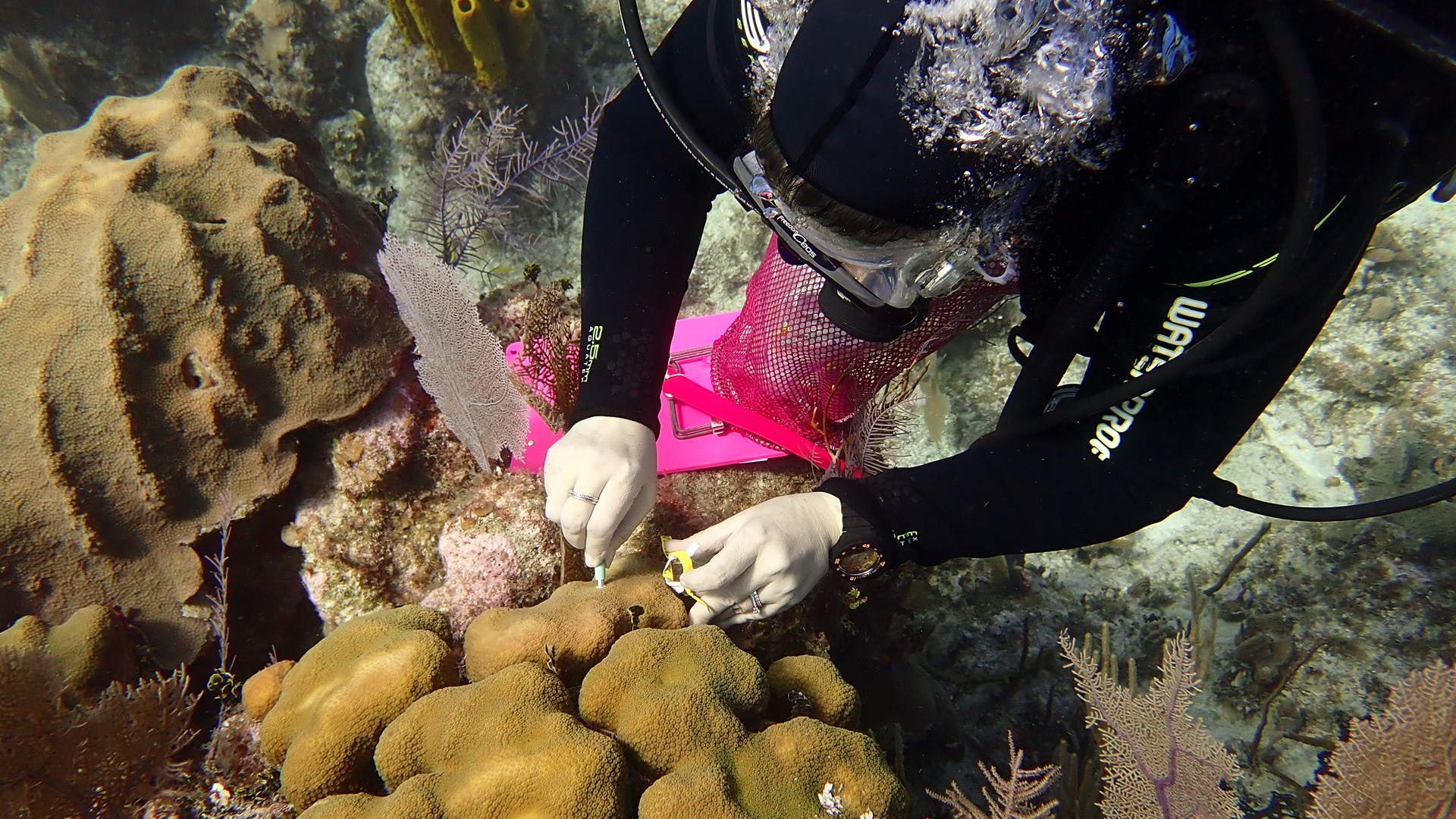 You’ve probably heard of probiotics’ role in creating a healthy gut biome. But what if they could help coral reefs, too?

Microbial ecologist Julie Meyer and her collaborators want to put beneficial bacteria to work fighting a coral disease that has spread around Florida and now reached the Caribbean.

By untangling the genetics of bacteria living around corals, she’s working to protect reefs from stony coral tissue loss, which attacks more than 20 coral species — imperiling tourism, fisheries and the storm surge protection reefs provide. Though the disease has swept through massive tracts of coral in just seven years, Meyer (shown above collecting microbiome samples in the Cayman Islands) feels hopeful about the power of probiotics.

“Bacteria are everywhere,” she says. “If we harness their potential, we can alter the course of this disease.”

A statewide team is developing probiotic pastes made from the microbiome of healthy corals. When smeared on affected coral, the treatment should fight the disease by making its own antibiotics.

“Instead of us going out and applying antibiotics, which would be really expensive, it’s a one-time application, with the idea that if these probiotic bacteria get established, they can continue to make antibiotics as needed,” Meyer says.

After sequencing the genomes of potential probiotic strains and identifying how they work, the team will track how the strains colonize and alter the microbiome. UF leads the genetic sequencing component, while the Smithsonian Marine Station and Nova Southeastern University will test the treatments in the field.

“We want to know everything about the genome of the bacteria we’re applying so we know all of its potential — good, bad or in between,” she says.

The work is supported by the Florida Department of Environmental Protection and Revive & Restore, an organization that leverages genetics and genomics in conservation.

“Bacteria can do any chemical reaction you can think of,” Meyer says. “If there’s something you want to achieve, there’s bacteria out there that can do it. We can find the solution if we just keep looking.”