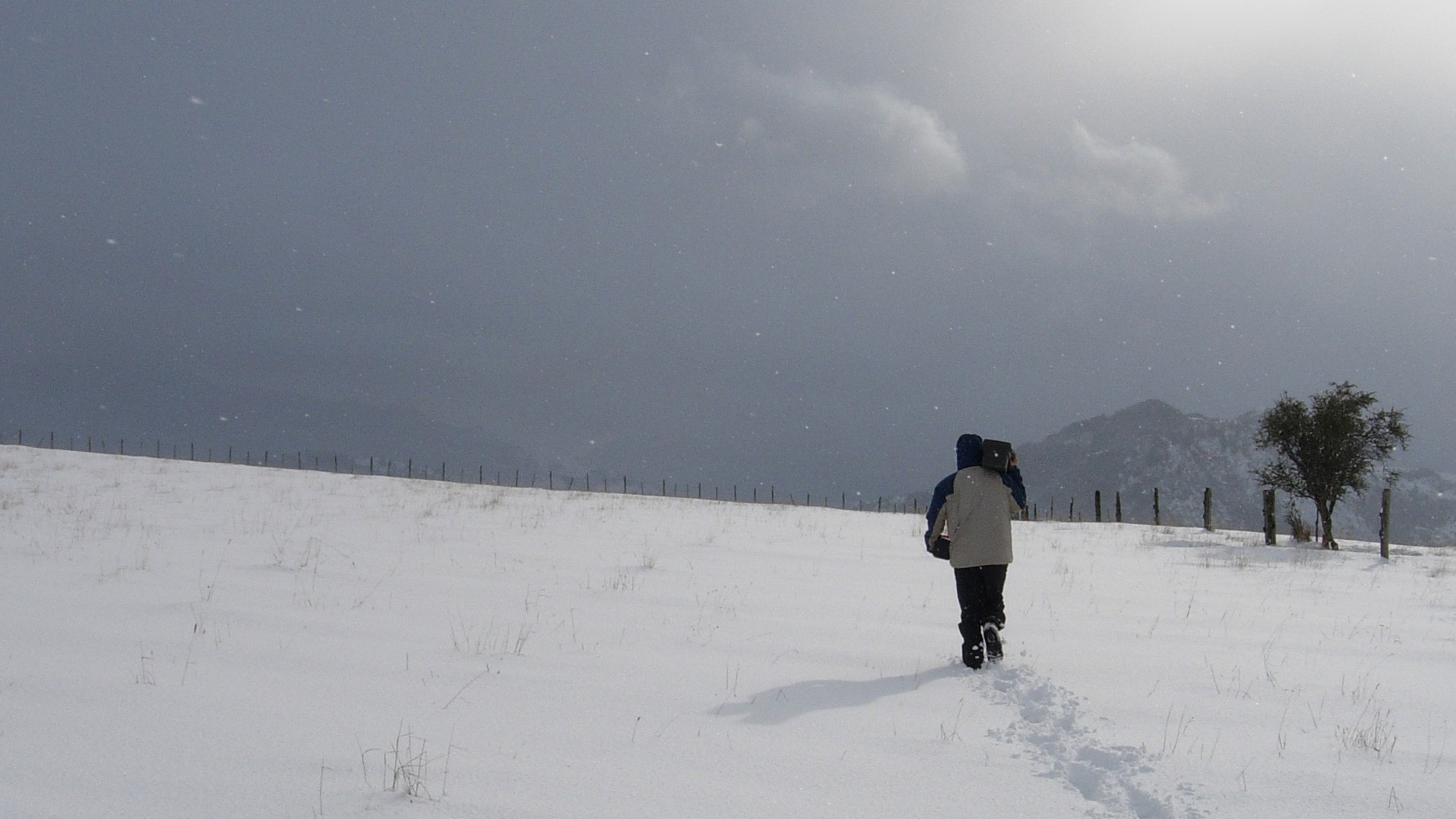 In 1960, the largest earthquake ever recorded hit southern Chile. The 9.5 magnitude quake sent a tsunami across the Pacific Ocean, swamping Hawaii, coastal northern California and Japan. More than 1,700 people died and about 2 million were left homeless.

With some luck on timing and a blanket of instruments, a University of Florida geophysicist and his colleagues have detected some unusual seismic and geodetic changes in a long-term study in the rupture zone of the 1960 quake, which occurred along a fault that extends 1,100 kilometers along Chile’s coast.

“The fault that ruptured in 1960 has recently undergone a rapid and completely unexpected increase in locking,” says Ray Russo, an associate professor of geophysics who researches tectonics and the Earth’s mantle.

That’s not enough to make a prediction of another earthquake, says Russo, because even the latest geophysical technology doesn’t allow for a true forecast. But the combination of two types of data the team has gathered since 2005 has sparked concern, and Russo notes that once an earthquake occurs in a region, it’s inevitable that another will occur.

“The conditions we detected have some serious implications for how long we have until the next big quake in this area,” says Russo, who reported the findings in Earth and Planetary Science Letters.

Signal in the Noise

Russo and an international team of geophysicists have worked in Patagonia, near the site of the 1960 quake, for two decades. Since the 1960 quake, when the oceanic Nazca Plate subducted, or slipped underneath, the continental South American Plate, the modernization of geophysical technology has been nothing short of revolutionary, and Russo and the team have used seismometers, geodetic instruments and other technologies to get a clearer picture of movements underneath the Earth’s surface in this region.

On one trip, Russo and a graduate student were working on laptops aboard a boat near the fault, monitoring readings from seismic instruments. The graduate student, frustrated by readings that seemed confounding, complained about the data coming through the sensors.

“We collected this first slug of data, and my graduate student says, ‘Oh my God, these data are terrible. There’s the same noise in the data from every seismic station. We’ll never be able to see anything useful,’” Russo recalls.

The student was looking for spike-like signals produced by earthquakes, and they were conspicuously missing from the readings on his laptop. He thought there was a mistake and that something was wrong with the equipment, but it piqued Russo’s curiosity.

Russo asked, “The same noise at every station?” Then he took a look for himself.

“The noise was not noise, it was signal, but a type of signal that was only just being recognized by geophysicists,” Russo says. “We had recorded seismic tremor – a series of continuous small slip events that typically lasts for weeks – going on right then.

“We were very lucky to be looking with high quality seismometers at that moment, because even though the Earth moves extremely, extremely slowly, when it does move, Patagonian Chile is one of the places where such motions are fastest and can cascade into giant earthquakes, as the 1960 quake showed.

“There were big changes in the motions at the surface, while we were watching.”

The readings not only weren’t flukes, they continued. In two years of continuous recording, there were only three days without tremor, a highly unusual finding, Russo says.

“Whatever is happening on that subduction interface, it’s moving toward a rupture rather than a sort of status quo situation,” Russo says.

While continents seem fixed in location to most of us, Earth scientists know they are in motion all the time.

“South America is like this gigantic raft moving through the Earth’s mantle going westward,” Russo says.

As it moves, the continent, situated on the South American Plate, slides over the Nazca Plate offshore and the Antarctic Plate to the south. The Nazca Plate, pushing beneath the South American Plate, formed the Andes Mountain range. Sudden movement on the fault surface between the plates causes earthquakes but smaller, slower movements – like the tremors detected by Russo’s instruments – are caused by aseismic slip, which relieves stress on a fault.

The seismic cycle – the processes that lead up to large magnitude earthquakes – is driven by continuous, slow movements of the tectonic plates. The slip between plates during a great earthquake like the 1960 quake, when the South American Plate moved up and westward over the Nazca Plate, releases the stress on the fault zone. Typically, it takes a very long time – decades or centuries even – for the plates to move back into a position that creates stress along the fault zone because plates move slowly, roughly 5 centimeters a year.

When Russo and the team installed their geodetic network, they got a surprise.

“Once we got the GPS data, we could see that there was a change in motion,” Russo says. “Sites on South America that had been moving westward had suddenly turned around and were going back east.

“That doesn’t make sense because everything we’ve been thinking about subduction zones for so long is that nothing can happen that fast.”

Computer modeling showed that the only viable explanation for the data was a sudden, enhanced locking of the Nazca-South American subduction zone fault, which means stress is building, rather than being released as in earlier readings of aseismic tremor.

“Locking creates stress, and when the stress is released it takes the form of an earthquake,” Russo says.

Russo has led aftershock surveys for two big earthquakes in Chile since 2010 – the Maule earthquake at magnitude 8.8 and the Illapel earthquake at 8.3. There is a small corps of researchers who do such field work, so it’s common for his phone to ring shortly after a large quake, with someone on the other end suggesting he drop everything, get on a plane and head into the field. He finds a guest instructor for his classes and heads out, sometimes for many months.

“We like to do that, because in the wake of a huge earthquake, there are usually thousands and thousands of aftershocks, which kind of light up the whole area,” Russo says. “They send seismic waves up to the surface, and that’s like shining a very bright light for a long time at structures that are normally dark. It’s like having a strobe light going off in a room. Because the aftershocks die off after a few years, it’s an opportunity for a limited time only.”

Russo and collaborative international teams recorded more than 100,000 aftershocks after the two quakes, but those northern segments of the Nazca-South American subduction zone have not shown signs of the sudden, increased locking his research has revealed in the Patagonian segment to the south.

“The Earth is complicated,” Russo says. “What we see in one place may not be occurring elsewhere, even along the same subduction zone. Still, it’s clearly progress when we can begin to time the seismic cycle, even in one location.”

In 1960, the rupture from the earthquake extended 1,100 kilometers along the shore of Chile and 150 kilometers inland, and in some places surface slip reached 40 meters.

“That’s like you and I are sitting here, and then two minutes later we’re outside the building in the parking lot because the earth moved that far,” Russo says.

The amount of energy released during a major earthquake dwarfs the energy of other hazards, including hurricanes, tornados, lightning strikes and nuclear explosions, Russo says.  The Chile earthquake moved so much of the mass of the Earth that it changed the position of the Earth’s rotation axis and the length of day.

Although there had been no significant seismicity in the 1960 earthquake rupture region since that event, in the past year and a half, the region experienced a magnitude 7.8 earthquake, perhaps another sign that the fault is in a preparatory phase for an even larger quake.

In 1960, the region was sparsely populated. But as climate change has melted glaciers and made the landscape warmer and ripe for farming, the population of Patagonia has increased. The tsunami that a major earthquake would generate would also swamp coastlines in the U.S. and Japan that are significantly more developed than in 1960.

More data is needed, and Russo hopes to return to the field. Much of Russo’s past work is funded by the National Science Foundation, and he is hoping for more funding for GPS and seismic instrumentation to get a clearer picture of what’s going on beneath the surface along the fault.

“We would like to get more data to try to understand the interface where the plates are actually in contact with each other and how the structures in the overriding plate could potentially make the interface stickier or smoother and affect the rupture processes,” Russo says. “Right now, everything points toward an increased locking and therefore increased probability of a very damaging large magnitude earthquake.”