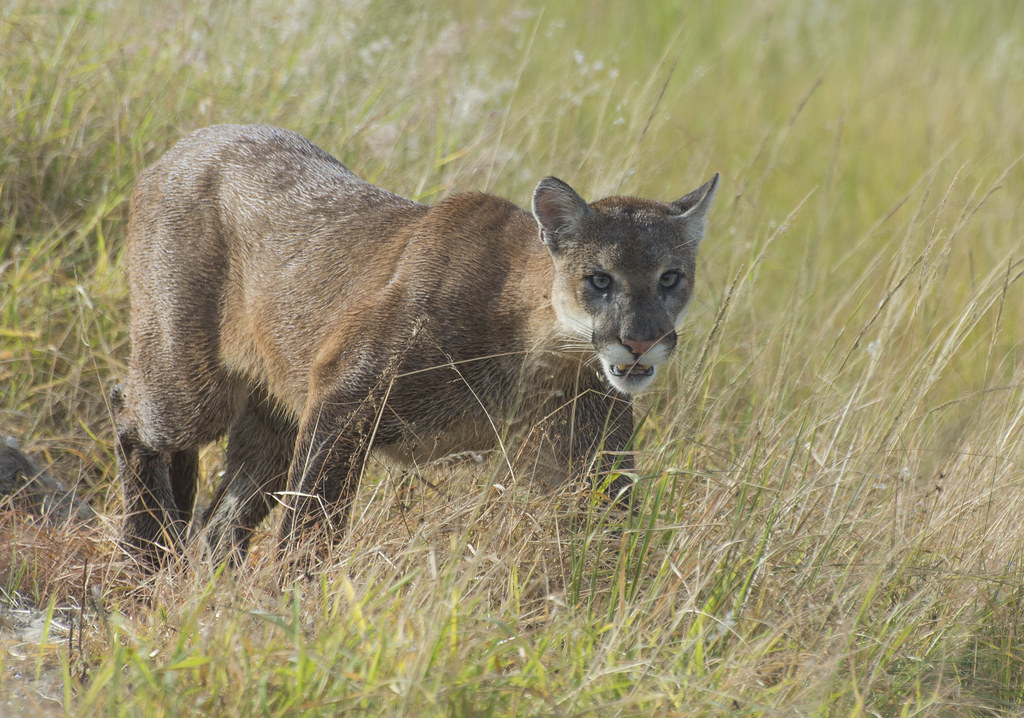 Efforts to increase genetic diversity in Florida panthers have helped the endangered animal survive and multiply since the mid-1990s, according to a new study by researchers with the University of Florida (UF) and the Florida Fish and Wildlife Conservation Commission (FWC).

“We show that panthers with greater genetic diversity are more likely to survive and reproduce than those with less genetic diversity,” said Madan Oli, professor of wildlife ecology and conservation in the UF Institute of Food and Agricultural Sciences.

“The findings can help inform Florida panther conservation in the years to come”, said Oli, who was one of the study’s co-authors.

Panthers used to roam much of the southeastern U.S., but hunting and habitat loss greatly reduced their numbers and range. By the 1990s, only 20 to 30 panthers remained; all were isolated in South Florida.

With so few individuals, variation in the gene pool declined due to inbreeding. Inbred panthers suffered from higher rates of heart defects, infertility and other health issues that made them less likely to survive, the study’s authors explain.

In essence, the Florida panther population needed “new blood.” In an effort to improve genetic variation in the population, wildlife managers relocated eight female pumas from Texas to south Florida in 1995.  These pumas belong to the same species as the Florida panther.

This conservation initiative mimicked the genetic exchange between panthers and pumas from Texas that once occurred naturally, before panthers became isolated in south Florida. If the released Texas females mated with male Florida panthers, their offspring should exhibit more genetic variation, which in theory might improve their survival and reproductive rates.

But at the time, that theory had not been tested in a wild population of large carnivores, and scientists weren’t sure it would work.

“There were some concerns expressed that breeding Florida panthers with Texas pumas could have a negative impact on the Florida panther population,” said Dave Onorato, a research scientist with FWC and one of the co-authors of the study.

“With this study, we show that this particular concern was not an issue. Breeding between Florida and Texas animals improved fitness and led to the increase of the Florida panther population size from 20 to 30 in 1995 to 120 to 230 today,” Onorato said.

In the study, researchers compared panthers with mixed ancestry — generations of offspring resulting from the initial breeding between the Texas females and Florida males — to those who had a pure Florida lineage. They found that those with mixed ancestry fared better in terms of survival and reproductive success.

The researchers were surprised to discover that this reinvigoration of the Florida panthers’ genetics continues to benefit the population nearly five generations after the release in 1995.

“It was a pleasant surprise,” Oli said. “Theory states that the benefit of new genes is expected to decline rather rapidly over time. However, there are no other comparable studies that continuously monitored a population over several generations. In this case, the Florida panther population continues to do well and the frequency of inbreeding traits remains very low.”

In addition to assessing the fitness of Florida panthers, researchers developed a model to predict how the panther population would respond under different management scenarios, including the introduction of more animals from Texas.

They found that introducing five Texas pumas every 20 years would help prevent inbreeding and reduce the risk of extinction.

However, the authors emphasize that the introduction of new animals would need to coincide with meeting Florida panthers’ habitat needs and would rely on continuous monitoring of the population.

“Without continuous monitoring and research, we would not know if or how genetics, survival and reproduction change, and wildlife managers won’t be able to respond accordingly or in a timely manner,” Onorato said.

The authors note that even though genetic management is an important conversation tool, conserving panther habitat is critical to their survival.

Bolker is a researcher at McMaster University in Canada. Van de Kerk, now a post-doctoral researcher at Brigham Young University, and Hostetler, now with FWC, contributed to this study as part of their doctoral research under Oli in the Wildlife Ecology and Conservation Department at UF/IFAS College of Agricultural and Life Sciences.

The study appears in the journal Wildlife Monographs.

This article was originally published on UF IFAS News.