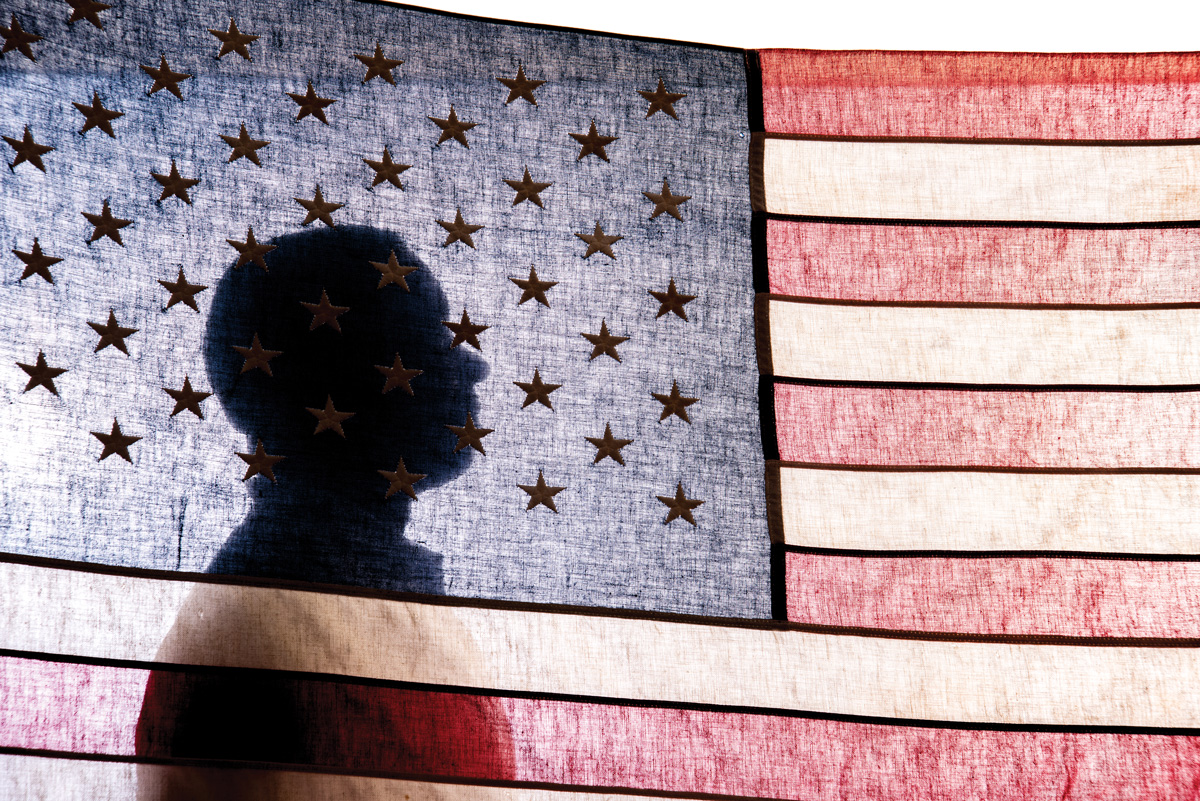 A week before the 2012 presidential election, Juan Gilbert walked into Clemson Elementary School in South Carolina looking for the ideal test subjects for a technology he had been developing for almost a decade.

Gilbert, a computer scientist, wanted to see if the voting technology he had created, called Prime III, would work on the ultimate disenfranchised voting population: those who cannot read.

He placed his research in the hands of prekindergarten through second grade students and watched as they used pictures and touchscreens to cast ballots. At the end of the mock election he realized Prime III was, well, ready for prime time.

“We wanted these children to be able to vote without any training,” Gilbert says. “And Prime III worked. The kids could all vote.”

Gilbert isn’t advocating suffrage for the milk money set, but the children at Clemson Elementary were a population he knew could not read, so they were the perfect subjects to test Prime III.

Prime III had already been tested by voters who could not see or hear and by voters who could not use their hands to pull a lever or punch a chad. It had worked in elections of all kinds, both mock and real. Passing muster with voters who could not read? Jackpot. For the first time in the United States, one voting system could be used by anyone who wished to vote. Anyone could cast a ballot privately, without the help of a poll worker. Voters would no longer be segregated by their abilities. No more separate but equal.

Who Votes and How

For much of American history, voting has revolved around who has the right to vote.  Our founders, mired in a contentious debate over the issue, opted to sidestep it, leaving voting rights in the hands of the states, with limited oversight by the federal government. That vacuum in the Constitution has resulted in five separate amendments that deal with voting rights.

After the 2000 presidential election and all its problems, the focus shifted to how America votes.

Gilbert, a freshly minted Ph.D. and young professor, noticed. Figuring someone must be working to fix voting technology, he did a quick scan of computer science research literature. To his surprise, he found a huge gap.

“The embarrassment was that we’d just had this big dotcom boom and all this technology, so why are we punching a card? That seemed so primitive, given the advancement of our country and what we are capable of doing,” Gilbert says.

Not Stone Age perhaps, but punch cards had been around since the 1890 census, and punch card machinery had been adapted in the 1960s for voting. That Palm Beach County’s Votomatic and butterfly ballot had failed in a large urban county, in a presidential election year with a huge turnout hardly surprised Gilbert. What did surprise him was that better technology was not available.

“This catastrophic failure decided the U.S. presidency,” Gilbert says. “Who wouldn’t want to work on this?”

He assembled a team of students — to date, more than 50 have contributed to Prime III — and quickly discovered why no one had tackled voting technology, why the experts said it could not be done. It wasn’t just hard, he says, it was harder than rocket science.

Gilbert says the people with the chops to write the software, even those who specialized in human-centered computing, lacked the contextual expertise to adapt to voters of varied abilities. They might design a system for blind voters and another for deaf voters. Then, building the system required a second layer. And securing any system that got through the design and build stages added an even tougher third layer. Making voting the most accessible it could be, and the most secure it could be, proved to be a conundrum.

“Think about it: the most secure thing in the world is the thing that is most inaccessible,” Gilbert says.

Gilbert assembled a team and marched right into the void.

To a computer scientist, a voter is a user of technology, and the experience of voting needs to be seamless. On the surface, it looks simple. Show up at your polling place, take your ballot, vote and get your “I voted” sticker.

The process behind that picture of Americana, however, is complex, although Gilbert and his team have spent more than a decade making it look easy.

Prime III runs on the kind of touch-screen tablet with which most people are familiar. Compared to a traditional mechanical voting machine that can cost $6,000, these tablets represent a considerable savings.

The voter chooses a mode of communication — speaking or touching, or both. For visual voting, the fonts are large, and districts can choose to provide photos of candidates. Only one race or referendum appears per screen.

If a voter is blind or cannot read, a simple headset with a microphone is provided, and only the voter can hear the prompts. The voter can use textured buttons to navigate the ballot in response to the prompts or respond by speaking. The only words the voter utters — vote and continue — do not reveal voting intention. If the voter cannot speak, simply blowing into the microphone will make a selection. This feature is particularly helpful for voters with limited use of their hands, such as veterans wounded in war.

Voters who choose touch as the mode of communication can navigate the ballot as a touchscreen, selecting candidates or making referenda choices.

The machine confirms votes verbally or visually. When the voter is finished, a paper ballot is printed and turned in. The votes are recorded on paper, which is the ballot of record in the event of a recount.

Because that ballot is printed on regular paper, it represents a huge savings over traditional ballots, which average about $1 a page to produce. Election officials never know how many voters will show up, so they must print many more of these custom ballots than they’ll probably need to ensure no voter is turned away. The leftovers are discarded after the election. With Prime III, any unused paper can just be tossed in another printer.

The entire process is private, regardless of a voter’s ability, and it is secure. Since Prime III resides in the software, there is no reason for hacking since hacking would not change the paper ballot.

When people tell him how easy it is, Gilbert laughs. He is used to hearing people say, “I could’ve done that.” A job well done in human-centered computing sometimes does not come with a “wow” factor, he says.

“If we’ve done our jobs, it will look so easy that you will think you could have done it,” Gilbert says. And for students, that sometimes is not gratifying.

What is gratifying is changing the history of voting.

In a test at the Alabama Institute for the Deaf and Blind, one woman took her turn at the machine, then went through the line again and again. Gilbert was puzzled. Some of the other blind voters had struggled with the interface, which was still under development, but the woman did not report an issue.

Gilbert and his students had found the “wow” factor.

“That was very humbling. That wasn’t our original motivation; we were just trying to fix a problem,” Gilbert says. “And that was our first indication, ‘OK, this is bigger than we thought.’”

During the American Revolution, Thomas Paine said the right to vote is the right that protects all other rights. In those days, voters lined up behind the candidate of choice or cast voice votes. Today, more than 3,000 counties run elections in more than 180,000 precincts.

For Gilbert’s team, which moved with him from Clemson to UF in 2014, Florida is the place to be. Election woes did not end in 2000. On Election Day 2012, an estimated 200,000 Floridians waiting at polling places gave up in frustration and went home without casting a ballot. In the 2006 mid-term elections, in Sarasota County, there was a delayed decision in the District 13 congressional race when it was discovered 15 percent of the voters had failed to vote for either candidate (a 2 percent undervote was typical in other races). That race was decided by just 369 votes.

The faculty and students Gilbert brought with him when he assumed the Andrew Banks Family Preeminence Endowed Chair in the Department of Computer & Information Science & Engineering had no qualms about diving into Florida’s election issues.

“We loved it. Florida is like a coming-home party for us. We’re at ground zero,” Gilbert says. “This is THE place for our voting work, and we’re excited about it.”

“This is a big step, considering that one of the issues identified by the Florida fiasco in 2000 was the voting technology itself,” McDonald says. “The machines failed us in some fundamental ways.”

The voting machines purchased after 2000 to solve the technology issue are now showing their age. McDonald calls them legacy machines and says he knows of jurisdictions scouring eBay to find them when a voting population grows or other machines break down. Using tablets solves that problem, and at a lower cost.

Prime III has been tested in real elections, including the 2014 midterm elections in Wisconsin and the 2016 primary in New Hampshire, which adopted Prime III for statewide use and plans to use Prime III again in November.

“We think one4all, powered by Prime III, was a huge hit with our election officials and our disability community,” says Thomas Manning, New Hampshire assistant secretary of state.

The research for Prime III has been funded by a $93,056 grant from the National Science Foundation and $4.5 million from the U.S. Election Assistance Commission.

Gilbert released the Prime III code as open source in 2015 to keep it free of politics.

“When I started out with Prime III people asked me, ‘Who created this?’ and I said, ‘I did.’ Then they’d ask, ‘Who owns it,’ and I said, ‘I do.’ Their next question was, ‘How do you vote; are you a Democrat or a Republican?’ Because I owned it, they wanted to know my political leanings.

“In this domain, who owns the technology matters, because people will draw conclusions, politically speaking.”

Prime III has never been about ideology, Gilbert says. How a person votes does not matter to him. What matters is that their vote be counted.

Gilbert says his dream is for all 50 states to use Prime III and pay a fee to a research consortium, so that he and his students can keep it up to date, ready for the challenges of future elections.

Although he started out to fix the machinery of democracy, literally, Gilbert and his team may end up fixing much more.

“If you can’t vote, how is that different from not having the right to vote?” Gilbert asks. “So there is a social justice aspect in making voting accessible for everyone. This is about more than widgets and gadgets and computer science. We have changed voting in the United States forever.”