UF ranked No. 1 in the U.S. on the Green500 list of energy-efficient supercomputers and No. 2 worldwide, making it the most efficient in higher education globally.

UF ranked second among universities nationwide and third in higher education worldwide, with a No. 22 ranking overall.

“Having a top-rated supercomputer changes the narrative on what we can and cannot do,” said UF Vice President and Chief Information Officer Elias G. Eldayrie. “It gives our faculty and students access to technology that’s not available at the majority of higher-education institutions in the world — and the impact goes beyond the University of Florida.”

The ranking is the latest development in a $185.8 million research and education partnership anchored by an $80 million donation from UF graduate Chris Malachowsky and NVIDIA, the leading AI computing company he co-founded. In January, UF made HiPerGator AI available across the State University System. In May, the university’s academic health center, UF Health, announced a collaboration with NVIDIA researchers to create GatorTron™, an artificial intelligence transformer natural language processing model intended to accelerate medical research and decision-making.

“The gift from Chris Malachowsky really raised the bar,” Eldayrie said, allowing UF to expand its computing focus from research to teaching and workforce development. The university has begun to infuse AI across academic disciplines, offering an undergraduate AI certificate program and elective courses open to students in all majors.

“Recognition of UF’s computing capability on the TOP500 list underscores the readiness of our IT infrastructure to tackle the most challenging real-world problems, whose resolution will build the future of our state and nation, and to build at scale the nation’s 21st-century AI workforce,” said Joe Glover, UF’s provost and senior vice president for academic affairs.

“I’m really excited for the future developing not just AI but fair and trustworthy AI,” said Azra Bihorac, M.D., a UF graduate and professor of medicine whose research uses AI to optimize patient care in real time. “The biomedical workforce of the future needs to be diverse in every sense. That’s a big priority here. I’m very inspired to see campus-wide momentum for that.”

UF was first ranked by TOP500 at the number 10 spot in November 2013, then rose to No. 3 spot among U.S. public universities in June 2017. The installation of HiPerGator AI, an NVIDIA DGX SuperPOD of 140 DGX A100 systems and NVIDIA HDR InfiniBand networking, “put us in a different league when it comes to supercomputing,” Eldayrie said.

“AI is advancing health care, agriculture, climate research, manufacturing, and many of the other disciplines that are key to UF, the state of Florida and the world,” said Cheryl Martin, director of Higher Education at NVIDIA. “The turnkey architecture of NVIDIA DGX SuperPODs helped HiPerGator AI come online quickly as a top academic AI supercomputer, giving UF the technology foundation to develop a generation of AI leaders.”

HiPerGator AI’s TOP500 testing took place May 5, with 1,142 NVIDIA A100 GPUs, NVIDIA InfiniBand networking and nearly 100,000 computing cores running in the data center. When the 30-minute test concluded, everyone was excited by the results and couldn’t wait to see how they stacked up, Eldayrie said.

The rankings further UF’s reputation as a leader in AI, he said.

“The ranking will enhance our ability to recruit the best of the best — the best faculty, the best students, the best technologists,” Eldayrie said. “People want to be part of something that is successful and exciting, and that’s really where we are right now. We are leading the pack.” 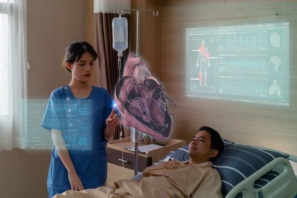 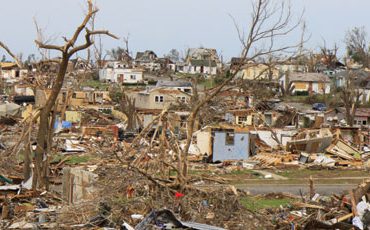 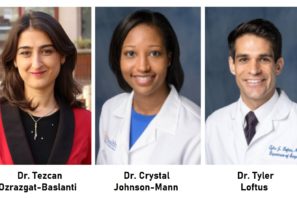 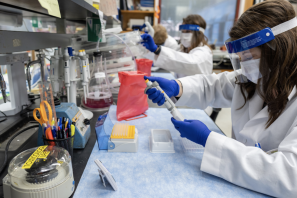