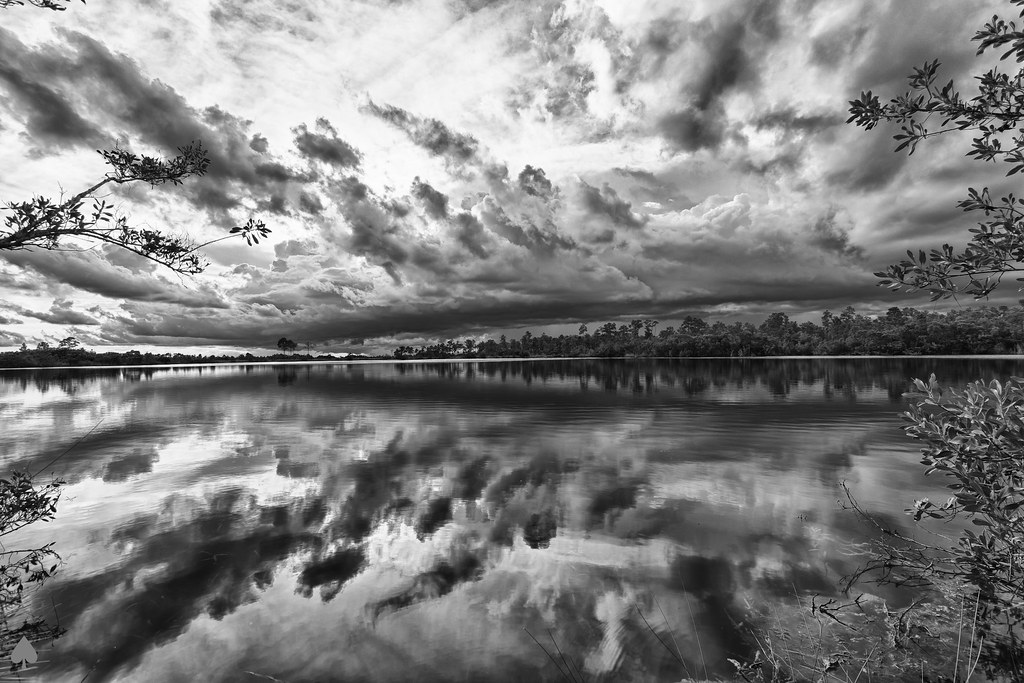 Jerald Milanich has spent more than 40 years digging for the smallest clues to the Native Americans who once populated Florida. He has excavated pre-Columbian shark teeth tools on Sanibel Island and crucifixes worn by Indians at a 17th-century Spanish mission on Amelia Island.

But when he walked into a conference room at the American Museum of Natural History in New York City in 2007 and saw dozens of old photographs of Seminole Indians living in the Florida Everglades scattered across a table, he didn’t know what to say.

Thus began another journey of discovery for Milanich just as he was retiring as a curator of archaeology at UF’s Florida Museum of Natural History. The result is a new book by Milanich and Nina Root, director emerita of the American Museum’s research library, called Hidden Seminoles. The book, published by University Press of Florida, features high-quality reproductions of 124 of the photographs and has already been recognized with a gold medal in the Florida Book Awards.

The photographs Milanich was viewing were just a small sampling of a collection donated to the museum in 1920 by Julian Dimock, who with his father, A.W. Dimock, had made several long trips into the Everglades between 1905 and 1910.

While the photographs might not technically have been lost, Milanich says they had been “hiding in plain sight” for decades, until Root resurrected them and brought them to his attention.

Root took possession of the Seminole photographs and almost a million other images in 1978 when they were placed under her care as director of the American Museum of Natural History Research Library.

“In order to familiarize myself with the collection … I spent time digging though the files, then housed in World War II surplus filing cabinets,” she writes in the book. “One set of albums especially intrigued me: the prints of Julian Dimock’s photographs.

“Whenever I had a chance I would delve into the nearly 6,000 print and original glass plate negatives that he had deposited in the museum,” she continues.

Her explorations eventually led to a book about Julian Dimock’s photographs of African Americans in the South, but Root was no expert on Florida Seminoles so she contacted curator Charlotte Porter at the Florida Museum of Natural History, who put her in touch with Milanich.

Milanich soon discovered that A.W. Dimock had authored a well-known book titled Florida Enchantments, so that’s where he began his research.

“In the front of that book, published in 1908, he notes that a lot of the chapters appeared first as magazine articles that he and Julian had published,” Milanich says. “I spent hours and hours working through online databases looking for magazine articles they had written. Then there were days spent sifting through periodicals at the New York Public Library and at the University of Florida library.”

Eventually he found 134 of their articles, 60 of which were about Florida.

“They were in terrific condition,” he says of the negatives, each about the size of a sheet of notebook paper and the thickness of window glass. And they had been carefully cataloged, first by Dimock then by the museum.

“Each one recorded Julian Dimock’s original catalog number and information he had about that particular negative, including the date it was shot and the location,” Milanich says. “All of a sudden I realized there was a context for every one of these photos.”

Using Dimock’s system, Milanich created a database of all the photographs, which allowed him to recreate the adventurers’ itinerary across the Everglades.

“Initially, I saw the negatives as great pieces of art, but as I got more into the story I realized that there was a context and it became sort of an adventure story,” Milanich says.

That adventure began in 1905, less than half a century after the Seminole Wars had resulted in most of the remaining Seminole Indians in south Florida being forcibly relocated to reservations in Oklahoma. Several hundred eluded federal authorities for years, however, eventually blending into the vast wilderness of the Everglades.

So when the Dimocks began their first crossing of South Florida they saw almost no Seminoles.

By cross-referencing the information Julian Dimock recorded on the negatives against the magazine articles he and his father wrote, Milanich and Root were able to tie people and objects in photographs to specific Seminole camps to help create a clearer picture of the Seminoles’ lives in south Florida in the early 20th century.

“As an archaeologist, having an artifact is not so important, but if you know exactly where that artifact came from and who made it, you can determine its significance,” Milanich says. “And the same is true of these photographs. They are not just art, they are clues to the Seminole Indians’ past.”

Milanich says members of the Seminole Tribe of Florida were quick to endorse the project.

Milanich says he and Root are working with the Seminole Tribe of Florida’s Ah-Tah-Thi-Ki Museum to develop an exhibit of the photographs that is scheduled to open at the museum on the Big Cypress Reservation in late 2012. He hopes it will ultimately tour the country.

In addition to providing greater insights into the lives of the Seminole Indians living in the Everglades in the early 20th century, Milanich says other photographs Dimock took provide a unique view of the environment.

“They photographed the interior of South Florida just at the time when large-scale draining and lowering of the water levels was beginning to occur,” Milanich say. “So we have lots of photographs of places as they were before that environment was altered so much. That’s important information as efforts to restore the Everglades progress.”

Milanich says he does not think there is a comparable historical record of the area at that time.

“Because this is so large and so well cataloged, I think this is an invaluable record of the Seminole Indians and the natural history of south Florida before the changes that began in the early 20th century,” he says.

This article was originally featured in the Spring 2012 issue of Explore Magazine.