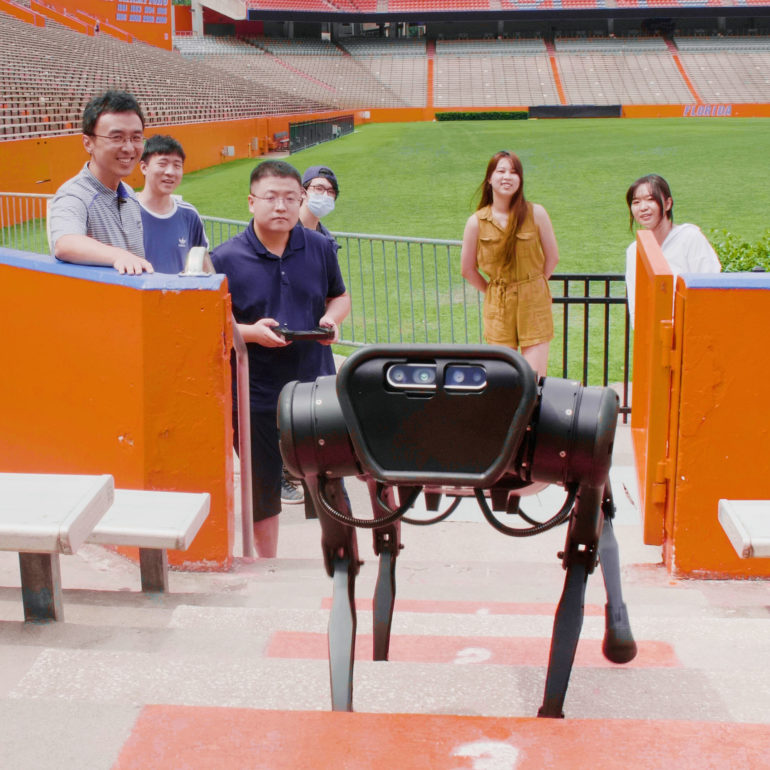 A University of Florida research team is working on a robot dog that has the ability to enter an enclosed space, scan it, and provide humans with a visual of what’s inside, an application that could lessen dangerous situations for first responders.

The team of graduate and undergraduate students is led by Eric Jing Du, Ph.D., a professor of civil and coastal engineering at the Herbert Wertheim College of Engineering. Du said the inspiration behind the robotic dog was learning that firefighters often get trapped in dangerous places because of the unfamiliarity of the environments during rescues.

The dogs have the ability to scan a room in three seconds and quickly build a 3D model, which is sent to augmented reality goggles and allows the user to see inside a room before walking into it.

Du said he spent a lot of time thinking about what the renderings would look like once they got the robot dog working. Still, when it actually worked, he said it surprised him.

“The moment you see through the wall, you feel like you’re Superman,” Du said. “ It was very impressive.”

The team is working with a facility in Texas that trains hundreds of firefighters annually, with the goal of collecting their opinions to improve the system, Du added.

But the applications can extend beyond firefighters. Robotic dogs could be deployed during post-disaster inspections of structures.

“We are often putting civil engineers in jeopardy,” he added. “We believe this tech will totally increase the productivity of structural inspection and also mitigate the risk that we are posing to the civil engineers.” 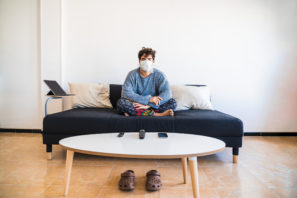 How to shorten COVID-19 quarantines 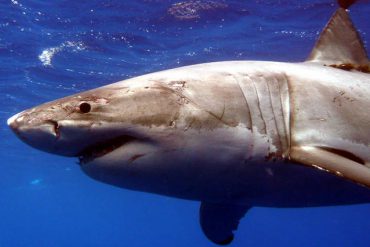 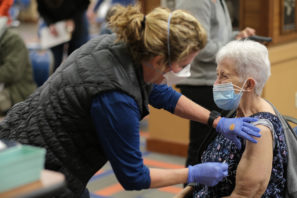 UF Health physician tackles misinformation about the coronavirus and vaccines