Survey: Eighty percent of Americans would get COVID-19 vaccine if available

GAINESVILLE, Fla. — Among the key findings of a new University of Florida survey gauging Americans’ top concerns about coronavirus is that over 80 percent of respondents indicated they would get a vaccine for COVID-19 if it were available.

The survey, designed by a team of researchers at the UF/IFAS Center for Public Issues Education in Agriculture and Natural Resources (PIE Center), was conducted March 13-16 via the online survey tool Qualtrics. The randomly selected participants are representative of the general population of U.S. adults, weighted by age, race/ethnicity and gender.

“We’ve been really lucky for a long time in this country that we haven’t seen effects of the lack of vaccination,” said Lauri Baker, an associate professor of agricultural communications and affiliate faculty of the PIE Center. “We know that, according to the Centers for Disease Control and Prevention, less than half of American adults opted for a flu vaccine last year, but a majority of Americans in this survey say they would opt for a vaccine for COVID-19. This finding represents a positive effect we could see from this: an opportunity for people to realize the importance of protecting public health through vaccination.”

More than 1,000 of the 1,500 survey respondents ranked COVID-19 as the No. 1 public health concern among a list that included influenza, HIV and Ebola. Other survey questions aimed to determine Americans’ knowledge of COVID-19 symptoms and prevention methods, as well as their concerns about the likelihood they or a loved one would contract it. The sources of information, too, were a consideration.

“People are sharing and communicating via social media channels; even newer social media outlets like TikTok, which isn’t a surprise because the World Health Organization is using TikTok to communicate some of these messages, too,” said Baker, a co-founder of the Center for Rural Enterprise Engagement, a center focused on research and application of social media. “Sources likely do vary across age and other demographic variables that we are now comparing, but the information sources people are seeking are ones we would consider credible sources.” These include the CDC, state Departments of Health, the World Health Organization, and personal healthcare providers.

Nearly all participants correctly identified the commonly recommended prevention methods: 96.7% knew to avoid close contact with those who are sick; 94.3% knew to avoid touching their eyes, nose and mouth; 94.4% knew to clean or disinfect frequently touched objects; and 97.6% knew to wash their hands with soap and water for at least 20 seconds.

“What we captured during our survey research was that that the public is paying attention and listening, and that they did have a really good understanding of what those major efforts were to mitigate the spread of COVID-19,” said Ricky Telg, director of the PIE Center and professor of agricultural communication. The exception, he noted, was that nearly half (48%) of the respondents incorrectly identified wearing a face mask in crowded areas as a recommended method of prevention. The global surge in personal face mask purchases has created a shortage among healthcare facilities that are largely overwhelmed with treating patients infected by the easily transmitted virus.

“To me, one of the most striking findings is that people are not making decisions based only on themselves, but rather what effect this could have on others, especially their loved ones,” Telg said.

Still, most concerns were in regard to others’ actions: 84% expressed concern that others they come into contact with are not taking appropriate measures to avoid contracting COVID-19.

“This research was conducted last weekend, just as everything was really bubbling up, but before we had as much information as we have now,” Telg said. “The term ‘social distancing’ wasn’t on our radar yet, so we didn’t know to ask about it.”

“We’re watching to see what happens with flattening out this curve, but we plan to do a follow up survey,” he continued. “It may be two weeks, it may be a month, but things have changed dramatically from one week ago to today. There’s no telling where we’ll be a week from now.”

This article originally appeared on the PIE Center. 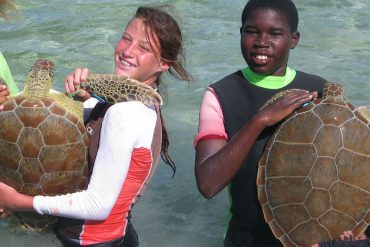 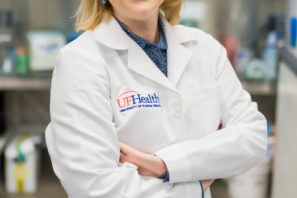