Christina Boucher, Ph.D., associate professor in the UF Department of Computer & Information Science & Engineering (CISE), has received a $1.2 million grant from the National Science Foundation (NSF). The grant will give Dr. Boucher and her team the opportunity to develop a set of algorithms and an electronic interface that will allow public health investigators to test and analyze biological samples for antibiotic resistance in rural areas.

Antimicrobial resistance (AMR) refers to the ability of an organism to stop an antimicrobial (e.g., antibiotic) from working against it. AMR has become a serious threat to public health, as it causes antibiotics to be ineffective, resulting in microbial outbreaks becoming more frequent, widespread, and severe. It is estimated that 2.8 million people per year in the United States are infected with resistant bacteria, and more than 35,000 of these infections are lethal.

Moreover, according to a 2016 report by the National Academies of Medicine, antimicrobials for livestock account for 80% of the antimicrobials purchased in the U.S. Feeding sub-therapeutic concentrations of antibiotics to livestock causes them to grow bigger, faster, and less expensively. The fear is that this practice leads to bacteria in the guts and on the skin of livestock that become resistant to antibiotics, which are then passed on to humans.

Boucher’s research project will overcome the challenge of detection of AMR in rural areas by developing novel algorithms and interfaces for on-site, real-time detection of AMR using consumer portable computing devices such as smartphones and tablets. This will, in turn, lead to a completely portable system for AMR identification, which can be used in areas remote from large data analysis centers.

A multi-disciplinary team of researchers across UF will be joining Boucher in her efforts. Mattia Prosperi, Ph.D., associate professor, Department of Epidemiology, College of Public Health and Health Professions and UF College of Medicine, will be collaborating with Boucher on developing the algorithms and software.

Jaime Ruiz, Ph.D., a CISE associate professor, will be developing the interface between Boucher’s software and the program that will appear on the handheld devices in the field.

Kwang Cheol Jeong, Ph.D., associate professor of microbiology with a joint appointment in the Department of Animal Sciences at the UF Institute of Food and Agricultural Sciences (UF/IFAS) and the Emerging Pathogens Institute, researches the process by which bacteria infect and cause disease in a host. He will contribute to the algorithms to increase the efficiency with which they can analyze the data. Jeong will also facilitate interactions between the team and UF research farms during the trial phase of the software and interface on hand-held devices.

The outcome of this project will be a real-time portable identification of AMR, which can be used to dramatically increase the efficiency with which healthcare officials can control and monitor outbreaks. In addition, these techniques will help public health officials with identification of viral species, such as COVID-19, which will assist in rapid diagnosis in areas that typically have limited computing and sequencing resources.

Another outcome of the work will be research opportunities for underserved students through the Machen Florida Opportunity Scholars program, an organization that aims to foster the success of first-generation university scholars. During each year of this project, Boucher and her team will recruit a student from the program to be a research assistant to do hands-on work with the investigators. This effort will help develop a workforce trained to advance rapid resolution of AMR outbreaks.

Parts of the analysis solution are underway now. The full development of these novel algorithms and the interface to smartphones and tablets is expected to take about three years.

This story was originally posted on UF Engineering. 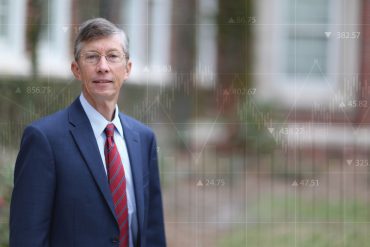 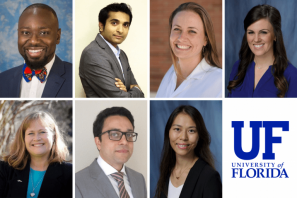 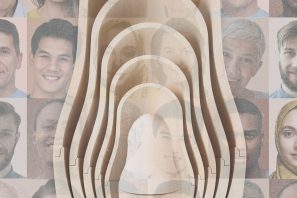