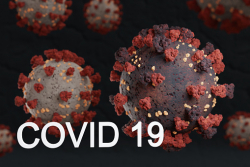 An antibiotic used to treat leprosy is among a handful of existing drugs that could attack and slow the spread of the United Kingdom variant of the SARS-CoV-2 virus that causes COVID-19, a University of Florida Health researcher has found.

Using computer-aided atomic modeling, associate professor of pathology David A. Ostrov, Ph.D., has identified a previously unrecognized pattern of three genetic mutations in the virus variant. One of those mutations creates a structural pocket that could accommodate drugs and inhibit the highly transmissibile U.K. variant, Ostrov found. The findings, which have yet to be tested in human cells or animal models, appearin the Journal of Cellular Immunology.

The U.K. variant, known to scientists as B.1.1.7, was identified last fall. It spreads more easily and quickly than the original SARS-CoV-2 virus and may be associated with an increased risk of death, according to the Centers for Disease Control and Prevention.

While some of the variant’s many genetic mutations may help it spread more rapidly or evade the immune system, it is not known which mutations are responsible for increasing the fitness of the virus. To answer this question, Ostrov mapped the locations of the mutations on the U.K. variant and created an atomic model of  the virus spike protein it uses to infect cells. He identified a pattern of three mutations that have the same function, suggesting that the mutations accumulated in the U.K. variant because they cooperate to enhance the speed of replication.

Virus proteins need to be assembled and disassembled during the virus life cycle, like a camping tent. The mutations allow the tent to be taken down faster.

“That means the virus can set up camp and move on more quickly because of these mutations,” Ostrov said

One of the best understood mutations in the U.K. variant, which affects its transmissibility, occurs in the spike protein in a location important for fusion of the virus membrane with the cell membrane. Ostrov’s atomic model shows this mutation creates a structural pocket that is the appropriate size and shape for drug binding. He then screened more than 1,200 drugs approved by the U.S. Food and Drug Adminisitration to see which are most likely to bind the U.K. variant at this key mutated site.

The data suggest drugs may be repurposed or developed to target the the U.K. variant and other highly transmissible SARS-CoV-2 strains. Next, Ostrov expects to test the 40 most-likely drug candidates and identify two to four that exhibit significant activity against the SARS-CoV-2 U.K. variant during cellular testing. One of the candidate drugs is sulfoxone, developed to inhibit the contagious bacterial infection that causes leprosy.

If specific drugs inhibit infection of cells by the U.K. variant, the testing would move to animal models and potentially to humans.

One advantage of studying existing drugs is significantly reducing the amount of time needed to bring a U.K. variant treatment to market, Ostrov noted.

“Antiviral drugs are likely to be helpful in clamping down on the virus until we get to the point where most people are vaccinated. As I see it, there may be great benefit in antiviral drugs that bind directly to these emerging variants and inhibit their growth,” he said.

While sulfoxone and other drugs may not completely eliminate the U.K. variant of the SARS-CoV-2 virus, slowing its ability to replicate is vital, Ostrov said.

“People should realize that the virus is mutating and will continue to do so. Especially with the variant’s high presence in the global population, we need as many tools as possible to reduce its spread. Then, we can decrease the likelihood of worse mutations from emerging,” he said.

Ostrov’s work on the U.K. variant is just one of his COVID-19-releated research projects. In December, Ostrov and Leah Reznikov, Ph.D., published findings showing that three common antihistamine medications inhibit coronavirus infection of cells in the lab. Reznikov is an assistant professor of physiological sciences in the UF College of Veterinary Medicine and the principal investigator on the antihistamine study. 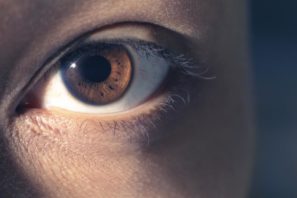 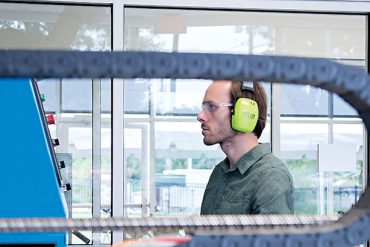 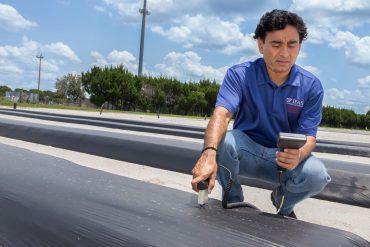 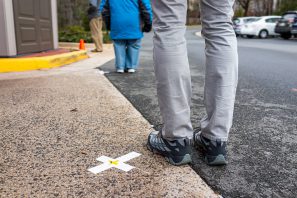 Model Shows How Masks and Social Distancing Could Control Coronavirus