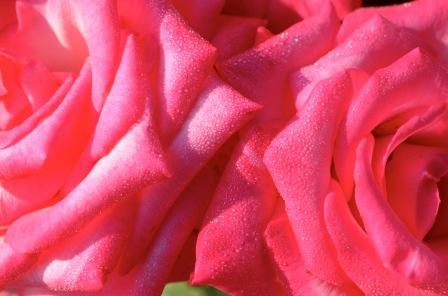 Roses are usually the flower of choice for Valentine’s Day, and researchers with the University of Florida Institute of Food and Agricultural Sciences want to keep it that way. Scientists are racing to develop a plan to prevent or treat rose rosette disease, which is decimating the rose industry in other states.

“Rose rosette is a devastating disease and one of the worst things to come along,” said Gary Knox, professor of environmental horticulture and Extension specialist in nursery crops. “So, we joined a multistate comprehensive project to find a management plan.”

The challenge is in detecting the virus before symptoms arrive, Knox said. “A nursery might not know it has the disease and sell rose plants to unsuspecting customers. Months later, the disease shows up,” he said. “The major issue is being able to detect the virus before it shows up.”

Rose rosette was first discovered in Florida in December 2013. The disease is caused by an Eriophyid mite called Phyllocoptes fructiphilus, which transmits the virus, said Mathews Paret, assistant professor of plant pathology, who is stationed at the UF/IFAS North Florida Research and Education Center. The virus causes roses to have excessive thorn production, leaf distortion and excessive branch development, known as witches broom, and will eventually kill the plant, he said.

Rose rosette disease spread from the Rocky Mountains to the East Coast over several decades and is poised to obliterate the rose industry because there is no known effective treatment, Paret said. Currently, The United States Department of Agriculture through its National Institute of Food and Agriculture’s Specialty Crop Research Initiative has extended a $3.3 million research grant to a 17-member group headed by David Byrne of Texas A&M University to fight rose rosette disease.

At UF/IFAS, Paret leads a group of researchers in searching for methods to manage rose rosette. Paret and his team are developing techniques to detect low levels of the virus in the plant. “The goal is to detect the virus in non-symptomatic plants utilizing a rapid field-based assay,” he said.

Industry experts and organizations are eager to work with UF/IFAS researchers to find an effective management plan. Some of the preliminary studies were funded by the Florida Nursery Growers’ and Landscape Association, Knox said. Meanwhile, Wholesale nursery growers in the Big Bend region have donated plants, labor and expertise to the experiments, he said.

“They are anxious for us to develop options for managing this virus, because this disease is doing serious harm in the rest of the country,” Knox said. Rose production is a $400 million annual business in the United States, he said. Florida is the fourth largest producer of roses in the U.S.

Now, Paret and his team are trying to develop a field-based detection system to find the virus early. “We need a technique where we can go to the field and test leaves in the field,” Paret said. “The virus has not been established in Florida and needs to be detected and managed effectively before it settles in.”

In addition, Paret is looking at new compounds for preventing or managing the disease. The team is treating plants with compounds that would potentially help plants defend themselves better against the virus, Paret said. “We are trying to reduce the severity of the symptoms,” he said.

As of today, rose rosette disease is not present in Florida as all the infected plants in the three counties in Florida were detected early by Paret and team, and subsequently destroyed by the Division of Plant Industry. These immediate responses by the University of Florida research team, Division of Plant Industry-FDACS team and producers, and continued monitoring for any new introductions has been successful so far in preventing establishment of the disease and the pathogen in Florida.

The disease and the pathogen is already present in landscape roses in many counties in North Georgia, based on information from Jean Williams-Woodward, an associate professor of plant pathology at the University of Georgia. 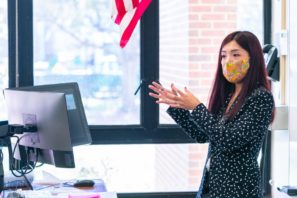 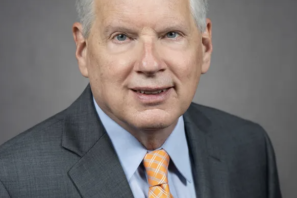 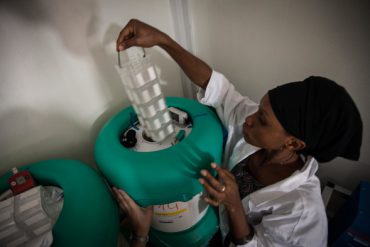 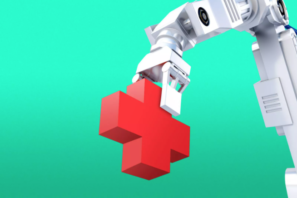