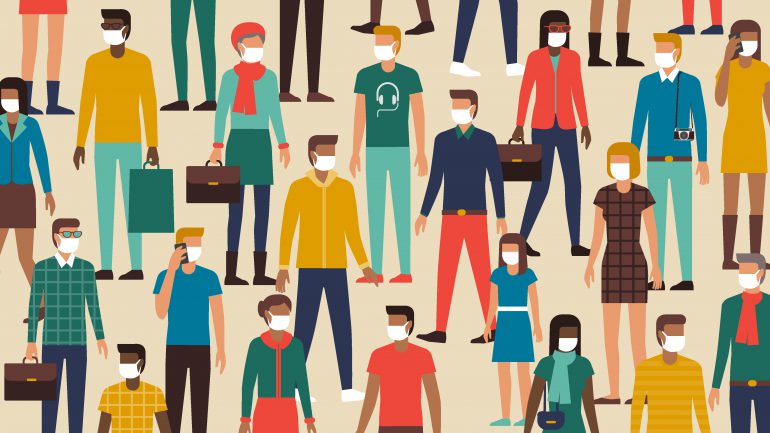 COVID-19’s sneaky spread: Half of transmission is silent

More than half of COVID-19 transmission is driven by people who show no symptoms, according to new research published on July 6 the Proceedings of the National Academy of Sciences. The findings could directly influence the design of test-and-trace containment policies that aim to lower the rising numbers of infections in the United States.

Researchers have scrambled to understand the dynamics of how COVID-19 spreads, as the disease has rapidly metastasized around the globe. Determining when people are infectious, and able to spread the virus to others, is key to knowing when they should be isolated to prevent their passing to others the virus which causes COVID-19.

Burton Singer, a professor in UF’s College of Liberal Arts and Sciences Department of Mathematics, and the Emerging Pathogens Institute, contributed to the research and data analysis. Singer has often partnered with the study’s senior author, Alison Galvani of Yale University’s School of Public Health.

The researchers refined a model they’d previously developed to examine estimates of hospital occupancy rates during the pandemic. The new work incorporates a data set that characterizes the infectiousness of asymptomatic and pre-symptomatic people infected with COVID-19.

Asymptomatic people carry the virus, though they never become ill. Pre-symptomatic people, on the other hand, will eventually develop symptoms but are able to spread the virus to others before their symptoms develop—before they may even know they are ill.

The team’s new work estimates that 51.4% to 53.6% of transmission comes from those not showing symptoms; 48%-47% of this comes from people in the presymptomatic stage, while 3.4%-6.6% comes from those who will never develop symptoms. The range of these findings is based on two separate studies by others, one which found that 18% of all COVID-19 infections were without symptoms, while the other pegged this number at 31%.

The new model estimates that even if all cases of people with symptoms are immediately isolated, the disease will continue to spread stealthily via symptomless infections. This means that many people are silently transmitting the virus and driving the pandemic’s spread—either because they do not yet know they are ill, or because they are asymptomatic carriers who are infectious but never develop symptoms.

“The single biggest lesson of this is that we need to prioritize contact tracing,” Singer says. “Without that, we won’t get any traction against the virus. But the question is, where will it be most effective?”

In densely populated areas where the virus has already taken hold, it will be harder to start serious contact tracing efforts and have them be effective, Singer says, due to the sheer volume of people exposed and ongoing transmission. But in less densely populated areas that currently have a low amount of COVID-19 infections per capita, putting effective contact tracing efforts in place early will have deep and long-term payoffs in protecting the population against the pandemic.

However, having a rigorous test-and-trace policy in place is only one side of the coin. The other is having cooperative citizens who will not only answer their phones for public health workers but also comply with quarantine rules. The powerful effect of test, trace and isolate strategies in fighting the COVID-19 pandemic are showcased by nations such as Iceland and New Zealand, Singer says. These countries have pushed transmission to low or nonexistent levels.

To drive the virus’ attack rate below 1% and quell the epidemic, the model estimates that between 33% to 42% of asymptomatic cases would need to be detected and isolated—in addition to detecting and isolating the majority of the symptom-based cases. For this to happen, a robust test-and-trace campaign is needed for society to safely resume its normal, pre-pandemic level of economic and social activity.

While the paper drives home the value of testing, tracing and isolating sick or exposed individuals, it also enforces the existing strategies of wearing a mask when around others—even if the wearer does not feel ill—social distancing when in public places and limiting activities outside the home as much as possible.

“All is not lost in the U.S.,” Singer says. “We can still turn this around with the right leadership. Especially in areas where there may be a spark of COVID-19 spread starting, but it has not yet taken off.” 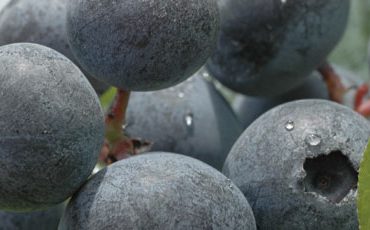 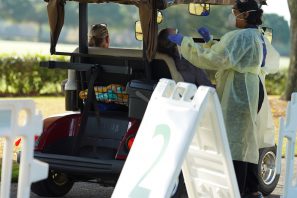 Behind the Scenes of the Pandemic: A UF institute is at the cutting edge of coronavirus research 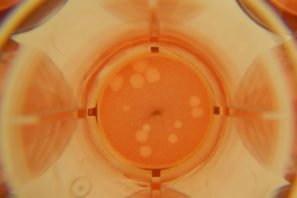 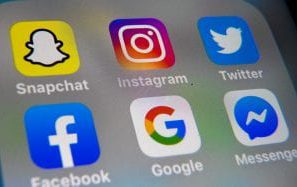